Getting Ready For The UEFA Euro 2016 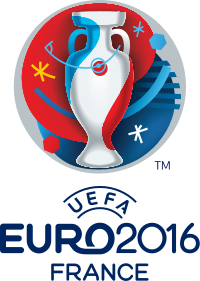 International soccer fans rejoice! The UEFA Euro 2016 is coming up. And this year, it is going to be bigger than any Euro Championship in the past. What will be so different this year, you may ask? This will be the first year that twenty-four teams will fight for the Henri Delaunay Cup.

Set to occur in France from June 10th to July 10th, the UEFA Euro 2016 is one of the most anticipated sporting events of the year. Before this year, the format required that 16 teams compete in the Championship. This format was used since 1996, and when it was announced this policy would change, it was clear that the competition would be even more fierce.

The UEFA Euro Championship came from humble beginnings when it first took place between 1958 and 1960. As the championship has gotten more and more high profile over the years, the number of teams that compete in the championship has increased. This year, nearly half of UEFA’s 54 member associations will be fighting for the title. The winning team will go on the compete in the 2017 FIFA Confederations Cup in Russia.

It is fitting that France is hosting the competition this year, because France played an important role in founding the UEFA European Championship. The championship was created by a Frenchman, Henri Delaunay, for whom the trophy is named. Delaunay served as the UEFA’s first general secretary from June 1954 to November 1955. In 1960, the opening final round occurred in France and featured four teams. The inaugural final was hosted by Paris that year, and the USSR and Yugoslavia fought for the crown.

This year will mark the third time that the Euro finals will occur in France. In 1984, UEFA brought the tournament back to its original home of France. That year, France’s team won the tournament on their own soil. After this incredible win, UEFA President Michel Platini, the team’s talisman and captain, waves the trophy with joy at the Parc des Princes in Paris. Not only was this an incredible win for France, but it created a new championship scoring record with nine goals.

Since then, France has experienced many more victories in the UEFA Euro. Will they be able to keep it up this year? The other teams that will compete this year are Romania, Albania, Switzerland, Wales, Slovakia, England, Russia, Turkey, Croatia, Poland, Northern Ireland, Germany, Ukraine, Spain, Czech Republic, Republic of Ireland, Sweden, Belgium, Italy, Austria, Hungary, Portugal, and Iceland. Only time will tell who will win, but one thing is for sure. This championship is bound to be an exciting one.